Digging through my father’s student copy of Bain’s ‘Celtic Art: The Methods of Construction’ I unearthed some old student drawings of my own. Interwoven in the browning book pencil sketches of Pictish cavalrymen drawn from a decorated stone I’d come across in a field near Auchterhouse, Angus over thirty years ago. Re-reading its pages filled me with admiration for Bain’s painstaking deconstruction of the meandering, meditative but highly formal threads of ancient and early Celtic-Christian art. Even more so for the artists who made the originals, intricate student apprenticeships of stonecarving, weaving and illuminating techniques must have been just the first steps to creating such wonders. Once learned, there would have been the working out of the patterns; the compliance with the request of the commissioning lord or the correct doctrinal interpretation of scripture; the drawing from life the salmon, hunting dog or eagle that also informed the naturalistic representation of unnatural dragons and hellish monsters; the artistry of variation on a theme; the extra, undefinable magic that transforms craft into art.
The Pictish carver chipping away at the unimaginative stone must always have been alert to the intricacies of design but to do so they must have relied on an unthinking assurance of technique and habitual hard labour of using heavy tools.
I think of Seamus Heaney’s father and grandfather possessing this technical and physical ability:

“By God, the old man could handle a spade.
Just like his old man.”

In pre-mechanised days all workers needed these skills. The forester preparing the ground for the planting out of spruce on the Highland hillside with a massive rutter spade:

“In full flow a man in good working mode appeared as if he was sawing the peat along the line. The body, spade and its winged side tilted slightly sideways in the cutting direction, one foot and leg pumping the blade down, arms and upper body pulling up, all in continuous, fluid, repetitive movements enabled progression of several inches every stroke. This was the most arduous part of the operation and it took considerable strength, skill and endurance to man a rutter for a whole day.”*

I think of the scyther in Bruegel’s ‘Harvesters‘ twisting rhythmically, in front of him sprawled a fellow worker utterly exhausted by the repetitive, physical labour. Echoing half-dead man bundles of mown wheat are also laid out, the shape and regularity of newly dug graves- the place of final, eternal rest for all toilers in the fields, intricately reaped by that tirelessly practiced scythe-wielder, Death.
In other Flanders fields, my own grandfather- born near Auchterhouse- witnessed cavalrymen, dug trenches, meditated on the patterns created by the mass of regularly carved stones. 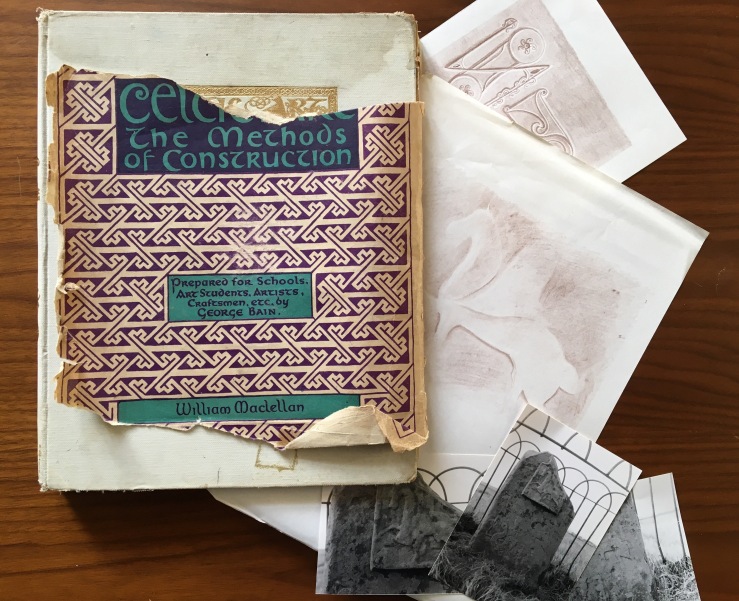