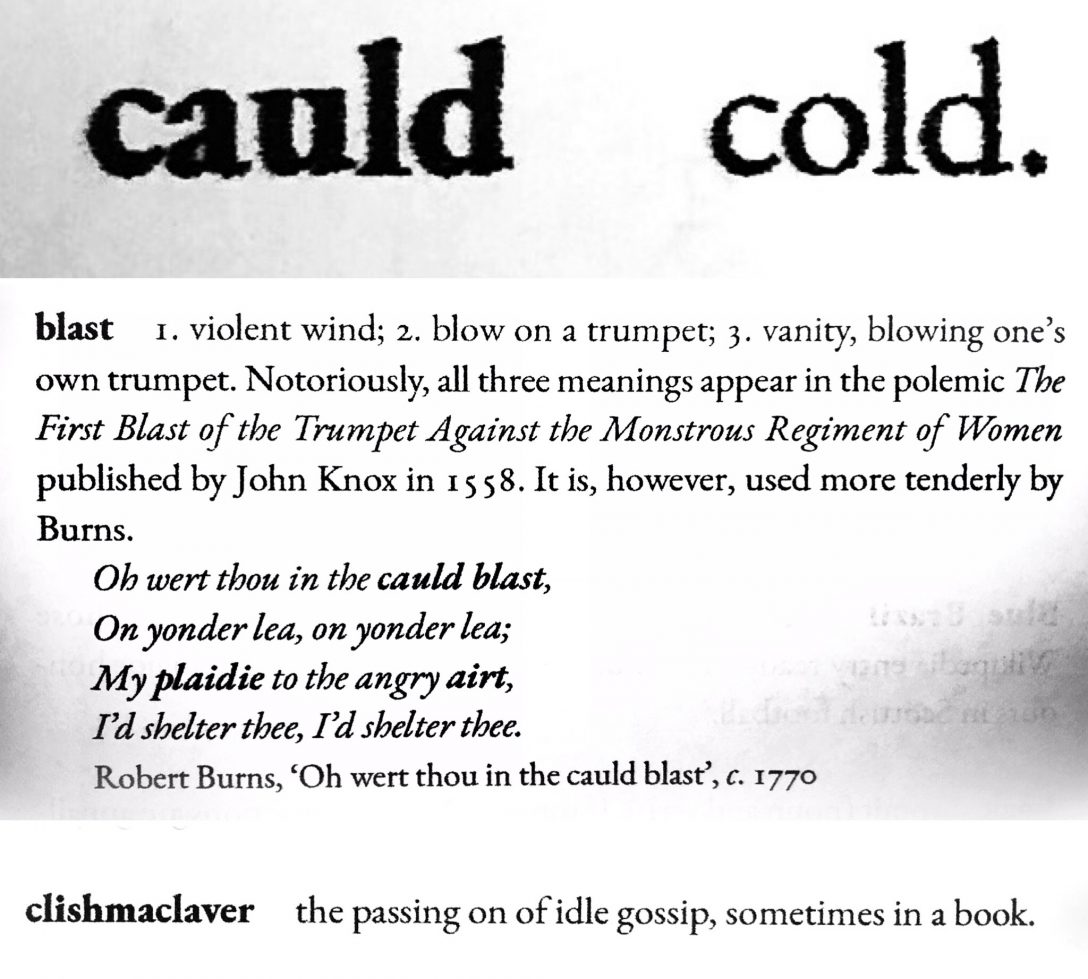 Late February morning watching the over-wintering  Icelandic pink-footed geese on a field luminous green with new growth. Suddenly, out of the woods (planted by Captain Cheape when he drained the moss), appears an adolescent deer. A typical teenager he is confused by the world, zigzagging with indecisiveness, neither noble nor beautiful, his coat dull, more large rabbit than ‘Monarch of the Glen’- his head wouldn’t grace the wall of even a bothy. Finding himself confronted by a muck-spreading tractor ahead and the deep drainage ditch on his right he heads  towards the road. Traffic is infrequent but, wisely, it frightens him, the grey hummock by the verge is a badger, last night’s roadkill. My presence adds to his dilemma.

Spring! He leaps and in doing so metamorphosizes from ugly duckling to beautiful swan- grace and athleticism epitomised. Then he is off westwards past the wind turbine to the safety of Myres Castle grounds, luckier than his ancestors who had the privilege of being pursued by King James V from his royal hunting lodge at Falkland Palace a mile away… or by his daughter Mary, who, like many a deer she chased, lost her own head. 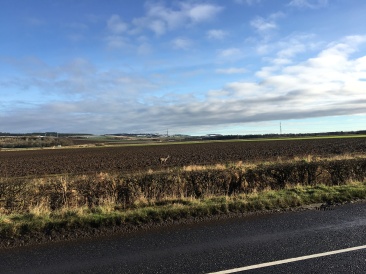 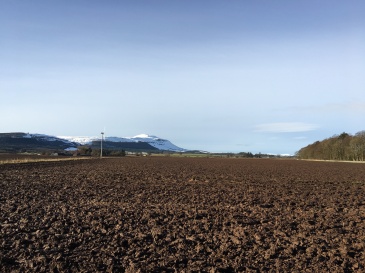